THE TIME IS NOW

The Teachings of Ayahuasca. Enjoy your copy.

THE TIME IS NOW

excerpt from chapter You Have a Voice, Do You Not?

I continued to visit the yana caspi tree, sitting on the bench beneath his canopy temple with rays of sunlight penetrating the green above me and playing on the ground when a slight breeze would blow. The undergrowth reached only as far as the outer rim of the canopy, and one day I noticed movement amidst the leaves and branches and lianas. At first, I thought it was the wind, but the air was still. The rustling came first here … and then there. It was not a pleasant feeling. At that point I’d already grown used to the rainforest and its noises, but this time something was different, and I could feel myself growing tense. I sat completely still and focused on the rustling in the undergrowth. I could have sworn that I was hearing faint laughter and whispers that became livelier as I made myself relax. I tried to look and see where it was coming from, but there was nothing. At least nothing I could see. I could sense the faint traces given off by the energies of the tiny creatures of the rainforest that frolicked in the undergrowth just outside the ring of bare ground. They felt friendly, and the tension in me was replaced by the mischief that emanated from them.

Then they asked me to sing for them. I was full of their infectious playfulness, and we were alone after all. I thought, Why not? So I began to sing an icaro. My voice was quiet and uncertain at first, but I grew more confident. The rustling died down as if the tiny creatures were stopping to listen. When I was done, there was minute laughter in the undergrowth that could only belong to the smallest of beings. After that, I would always sing to those rainforest fairies beneath the canopy of yana caspi. As for the ceremony, I still wasn’t ready just yet.

I concluded a month’s dieting yana caspi. Warmi caspi had accompanied us toward the end, and afterward, I continued to diet her alone. During ceremonies I was introduced to rainforest fairies, and I got to know them quite well. Both trees got along well with the fairies, and later I learned that they had summoned the fairies to help me. Warmi caspi is a stocky old indigenous woman with black hair tied up in two braids and a wide green skirt. She has an outrageous sense of humor, and she’s always dancing—sometimes calmly, sometimes with an alacrity that belies her age. She is recognized as one of the oldest beings of the rainforest. The contrast of her age and her dancing is sometimes so egregious that it summons a person out of their darkest thoughts and reminds them that life is not so serious that it can’t be punctuated by a decent measure of laughter.

Thank you to the people without whom this book would not be possible:

To Kevin and Percy for their teachings and guidance.

To Rachell and Francisco for their patience.

To Ariel for a wonderful cover drawing.

To Maja for offering a safe space and re-reading the drafts.

To Enki for proofreading the original version.

To Filip for excellent translation to English.

To Roni for her encouragement.

To my friends for their support and friendship. 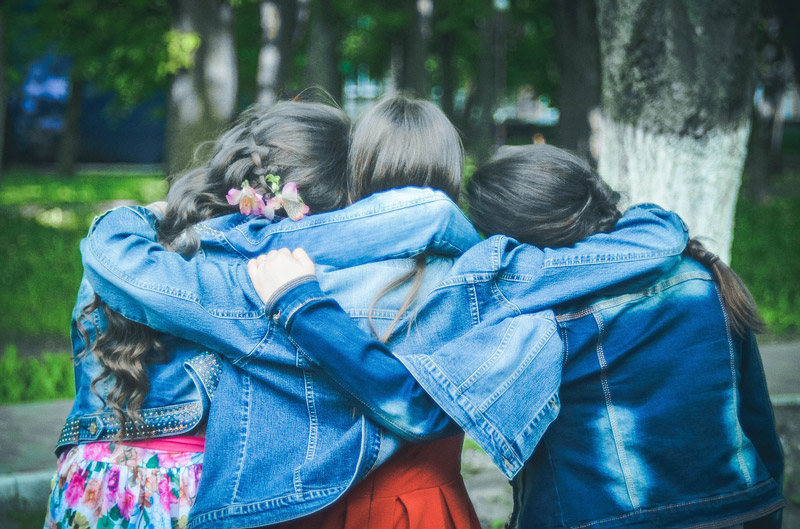 This site uses cookies – small text files that are placed on your machine to help the site provide a better user experience. In general, cookies are used to retain user preferences, and provide anonymized tracking data to third party applications. We use first party and third party cookies. As a rule, cookies will make your browsing experience better. However, you may prefer to disable cookies on this site. Read more about our Privacy Policy.

This website uses Google Analytics to collect anonymous information such as the number of visitors to the site, and the most popular pages.

Please enable Strictly Necessary Cookies first so that we can save your preferences!